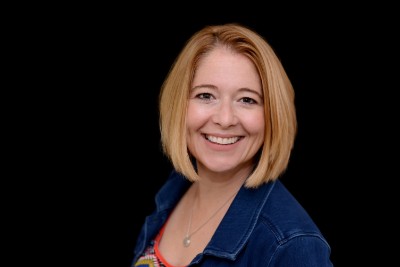 Alisa is currently the Executive Director and Co-Founder of Foundations Counseling Center Inc.

Alisa has twenty one years of experience working in the Clinical Social Work field. In addition to her work as a Primary Intensive In-Home Counselor, Alisa's career experience includes working as a Clinical Case Manager for foster children and as a supervisor for treatment foster parents. She also has experience providing outpatient counseling to college students at UW-Madison UHS, working with uninsured hospital patients, including Spanish speaking patients, providing crisis counseling for non-profit homeless and domestic violence shelters, and coordinating wrap-around services to individuals with severe and persistent mental illnesses.

In her free time, Alisa enjoys reading, traveling, outdoor activities, and spending time with her family 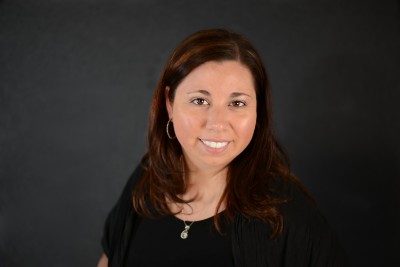 Stephani has a passion for helping individuals and families who have experienced traumatic and stressful situations, heal. She works with children, adolescents, and adults, providing in-home and outpatient services, as well as providing reflective supervision for the agency's clinical staff. She is experienced in providing family therapy, play therapy, Trauma-Focused Cognitive Behavioral Therapy (TF-CBT), Child-Parent Psychotherapy (CPP) and attachment-based therapy. Stephani is a nationally certified TF-CBT therapist, and a nationally rostered CPP provider.

Stephani has always had an interest in working with children and families and prior to joining the staff at Foundations, worked for many years as a nanny and an assistant teacher at a Montessori school. Stephani completed undergraduate internships with a therapeutic equestrian program, and a hospital’s Partial Hospital, and Intensive Outpatient programs. Stephani joined Foundations staff in 2008 as a graduate intern and was hired full time in 2009. Stephani feels strongly that we all have work to do; that self-awareness deepens our ability to challenge our unconscious biases, bear witness to others suffering, be vulnerable and act from integrity. 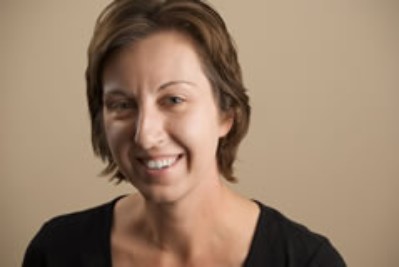 Amanda Crabtree is a Licensed Clinical Social Worker with a Masters Degree in Social Work from the University of Wisconsin – Milwaukee and a Bachelors Degree in Human Services from the University of Wisconsin-Oshkosh. Amanda has been a therapist with FCC since 2004. In addition to this role, Amanda also supervises staff. Amanda is a nationally certified TF-CBT therapist.

Before coming to Foundations, Amanda was a counselor for a domestic abuse program in the Fox Cities area and a counselor at a residential treatment program in Vista, California. In 2013, Amanda left position at Foundations for fourteen months to work as the Program Coordinator for the In-patient Short-term Assessment Program at Central Wisconsin Center.

In her free time, Amanda loves spending time with family and friends, outdoor activities and traveling. 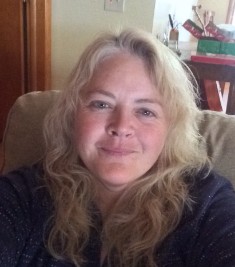 Kelly Jo Duprey is a Licensed Professional Counselor and Supervisor at Foundations. She is trained to provide EMDR (an evidenced based treatment for trauma) and is a nationally certified TF-CBT (Trauma Focused Cognitive Behavioral Therapy) provider. Kelly Jo is a graduate of the UW Madison Capstone Certificate program in Infant, Early Childhood, and Family Mental Health and nationally rostered provider of Child Parent Psychotherapy (CPP), which is a treatment model that serves infants and young children (ages Birth – 5) and their caregivers.

Kelly Jo is experienced with family therapy, group therapy, play therapy, couples and individual counseling. Kelly Jo has provided psychotherapy in residential, school-based, outpatient and home settings. Kelly Jo became an Licensed Professional Counselor in 2001, Medical Assistance Certified Provider in 2008, and a Primary In-Home Family Therapist at Foundations in 2010. She earned her Masters degree in Counseling at Denver Seminary and Bachelors degree in Occupational Therapy at the University of Wisconsin-Madison. 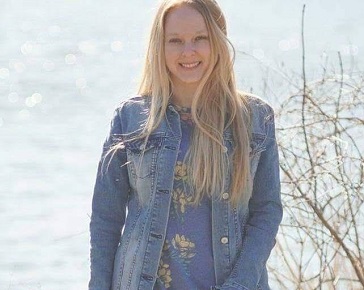 April completed her Bachelor’s degree in Psychology from the University of Wisconsin-Platteville in 2006. While in Platteville, she was trained as a hospice volunteer and spent time as a big buddy. After this time, April spent a few years in a correctional facility. In May of 2011, she graduated with her Master’s degree and later became licensed as a professional counselor. April joined Foundations in June of 2011, where her main focus was on children and their families. Since that point, she has provided treatment to individuals with various concerns, symptoms and diagnoses. Now, she works with children, adolescents, adults, and elderly. 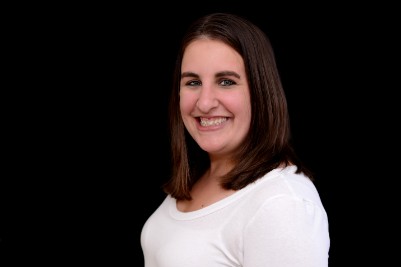 Becky is the office billing manager with Foundation Counseling Center. She obtained her Bachelor’s degree in Social Work and minor is Special Education from UW-Whitewater in May 2013.
She gained office experience working for her family septic business along with the family farm. She loves working with children, in the past worked for Wisconsin Early Autism Project along with being a nanny.
In her free time she loves to just relax and hang out with her family and friends. Watch the Green Bay Packers, Badgers and Brewers!! 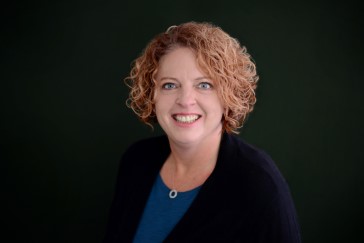 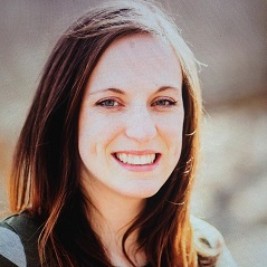 Brittany earned her Bachelor of Science degree in Psychology from Edgewood College in 2013 and her Masters of Science degree in Marriage and Family Therapy from Edgewood College in 2016. She volunteered at Briarpatch Youth Services of Southern Wisconsin both in a volunteer apprentice role and on the crisis line with adolescents and their families. Completed a one year internship in an outpatient setting with Collaborations. At Collaborations Brittany provided therapeutic services to developmentally disabled individuals, their teams, and families. Brittany has experience with individual and group therapy settings. During her down time she enjoys yoga, walking, baking, and spending time with her family. 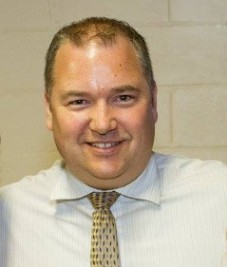 JP started at FCC as an intern in May 2015. Prior to joining FCC JP served in the Navy for 20 years. JP currently works with the elderly and adolescents.

JP's interests include travel, hiking, disc golf, and competitive shooting, and spending time with his wife and six children. 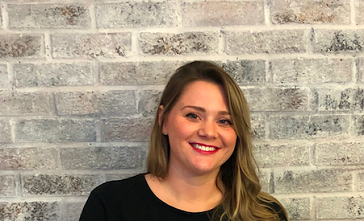 Leora is a passionate mental health provider who especially enjoys working with adults who are struggling to manage anxiety, depression, issues around aging and/or loss of abilities, discrimination due to race and/or culture, and members of the LGBTQ+ community. Leora graduated from the University of Minnesota in Minneapolis/St. Paul with her Bachelor’s Degree in Family Social Science in 2012. Prior to and following graduation, Leora worked with adults with cognitive and physical disabilities, providing vocational support to help individuals obtain and maintain employment. Leora attended the University of Wisconsin in Madison and received her Master’s Degree in Social Work in 2017. Since then, Leora has been providing services to clients at Foundations, in addition to providing online therapy. Leora is passionate about online therapy and in-home therapy because she believes that mental health impacts all of us at some point in our lives, and that access to quality mental health care is a human right. Through providing therapy in non-traditional ways, more people are able to receive the services that they need. As a therapist, Leora primarily uses Cognitive Behavioral Therapy, which is extremely effective in reducing worries, anxieties, and stresses, as well as reducing symptoms of depression. She is also passionate about helping people resolve relationship issues, improve self-esteem, and learn to care for themselves. 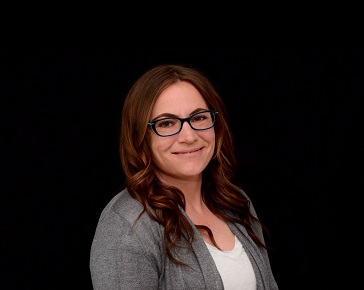 Lucinda is a Licensed Clinical Social Worker with a specialized interest and training in trauma and attachment. Lucinda is a trauma informed therapist with training in EMDR and Adoption Competency. Lucinda will also be completing Trauma Focused-CBT in the summer of 2020. Lucinda is also trained in Motivational Interviewing and Functional Family Case Management.

Lucinda joined Foundations Counseling Center as an intern in 2017. Lucinda obtained her Masters in Social Work at the University of Wisconsin-Madison in 2018. Prior to joining Foundations Counseling Center, Lucinda worked with children and families in the Child Welfare System. Some of Lucinda’s other professional interests include cultural inclusivity, the Polyvagal theory, child brain development, and understanding how trauma is stored in the body.

In her free time, Lucinda enjoys spending time with her husband and four children, exercise, dance, and travel. 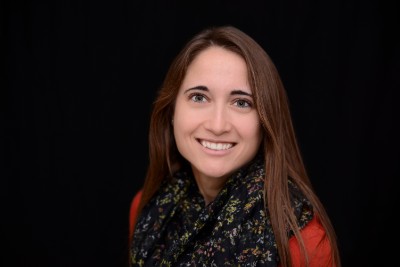 Lolly is a marriage and family therapist who earned her Master's degree from Edgewood College, and Bachelor's degree in psychology from the University of Wisconsin Madison. Lolly completed her internship at The Family Center in Madison, and has experience providing therapy in-home therapy as well as outpatient. Lolly has spent many years in the mental health field working in various settings with children, adolescents, adults, and elderly. Some of Lolly's areas of interest include: anxiety, depression, suicidality, self-esteem, relationship issues, attachment disorder, and autism. When she's not working, Lolly enjoys baking, hiking, and spending time with her family. 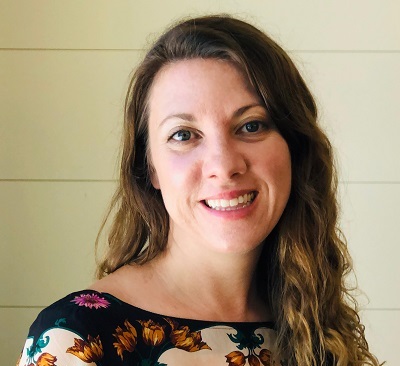 Cristin completed her Master of Social Work degree at the University of Wisconsin-Madison in May 2020 and is currently working towards clinical licensure. Previously, Cristin obtained her Bachelor’s degree in Social Work from the University of Wisconsin-Whitewater in 2010. Cristin has experience in community social work, and as a family advocate providing parent education, securing resources, and working collaboratively with families to achieve their goals. During graduate school, Cristin has worked with individuals diagnosed with severe and persistent mental illnesses as they pursue work-related goals.

Cristin joined Foundations Counseling Center as an intern in September 2018. Cristin is passionate about the strength of the therapeutic relationship and enjoys working with clients of all ages. Professional interests include a holistic approach to mental health with a focus on person-centered care. In her free time, Cristin enjoys reading, exercise, movies, and spending time with her family and pets. 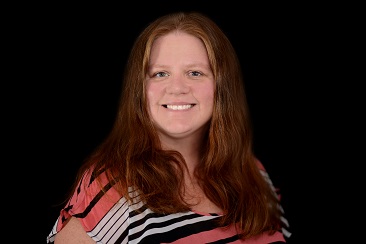 Dana has earned her Bachelor degree in Psychology and her Master's degree in School Counseling from UW-Platteville. Before coming to Foundations, Dana worked within the public school system for over 15 years. She specializes in working with children and families. She is a caring and devoted counselor with the ability to reach each and every client where they are. She has skills with developing, implementing and tracking the success of academic and behavioral interventions. She comes with experience working with children with disabilities and navigating the challenges faced with IEP's. She is passionate about the success of students of all ages, including at the college level. In her free time, Dana enjoys camping, time with family and friends, and creating art with her daughter. 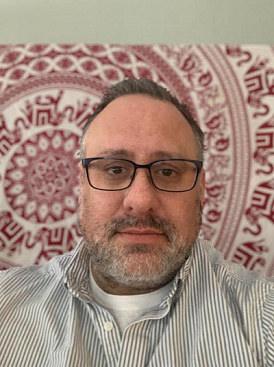 Aaron is a Certified Advanced Practice Social Worker. He obtained his Masters from the UW-Madison School of Social Work and joined Foundations Counseling Center in 2020.

Aaron trained at a community mental health center where he worked with adults, children, and families who were having distress from issues such as depression, anxiety, substance use, relationship challenges, and personality issues. Aaron values creating a therapeutic environment where a person can explore thoughts and feelings in a deeply safe space. Aaron believes that therapy provides a unique opportunity to explore your inner self, your life patterns, and how you relate to the world. Through therapy you can better understand your self, make stronger connections with the world, and feel less distress and more fulfillment in life.

Mary is a Licensed Professional Counselor and Substance Abuse Counselor who is working towards licensure. Mary received a Bachelor's degree in Psychology with a concentration in Human Services from the University of Wisconsin – Stevens Point in 2017. Mary continued to earn her Master's degree in Mental Health Counseling from Viterbo University, in La Crosse, Wisconsin. During graduate school, Mary worked with incarcerated youth and adults, as well as provided individual therapy to adults and youth in an outpatient setting. Mary has additional experience providing crisis counseling and group therapy. Mary is passionate about working with children, teens, and their families. In her free time, Mary enjoys knitting, reading, and spending time with family and friends.